Scabbard for a Langes Messer

Decorated leather scabbard with decoration in the style of the 16th century for my son's Langes Messer. This wooden core scabbard I built after the style of decorated scabbards and etuis that survive from the first half of the 16th century AD. My research did not bring up any single surviving decorated scabbard for a Langes Messer or sword of that era. Instead I quite liberally chose elements from containers and etuis of various uses that I found in books and museums. I employed and tried to learn different techniques - caarving, cutting, stamping and punching. I was also interested to build a scabbard that not only holds the main weapon, but one that also integrates smaller scabbards for by-knives. Such ensembles are often seen in contemporary engravings and prints of soldiers, though very few survive. They are somewhat typical for that age and to me have a charme and style I find very attractive and wanted to recreate.

For the chape I went for a simple brass construction with a brazed on round, slightly pointed tip.

As a complete scabbard it is conjectural and does not have any one original it follows. It may even be that scabbards like this never existed for this kind of weapon ... it still was fun to do and I like the result and, more importantly, so does my son, whose birthday present it was ;-)

The picture gallery below shows a number of the steps in the making of this scabbard. 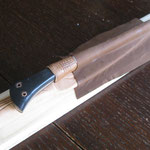 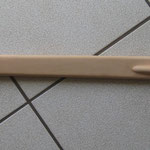 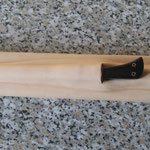 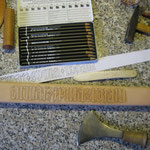 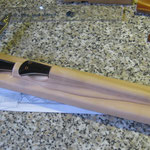 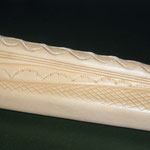 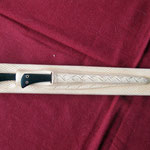 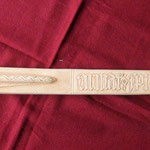 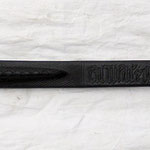 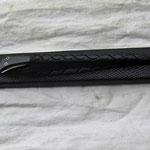 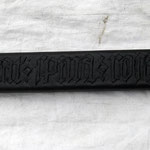 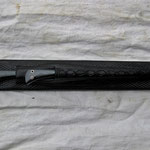