The Caliga is the probably best known type of Roman shoes although it seems it went out of fashion towards the end of the 1st century AD already - from which time the youngest fragments date. In Vindolanda (on the Hadrian's Wall) there are finds that may represent a type developed from the caliga but no caligae anymore.

Typically for the caliga is its 3 layered construction: Outer and inner sole, between which is sandwiched a middle layer that also forms the upper at the same time. the upper itself is comprised of comparatively narrow cut straps that enclose the foot up to above the ankles. Apart from the one piece constructions (cabatina, campagus) this is the only type that constantly shows a (double) heel seam, often covered by protective strips of leather. Many pieces show narrow decorative strips of leather, cut out at the same time and out of the same piece of leather as the upper. 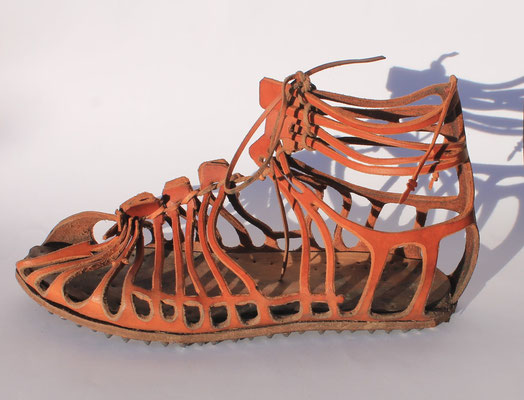 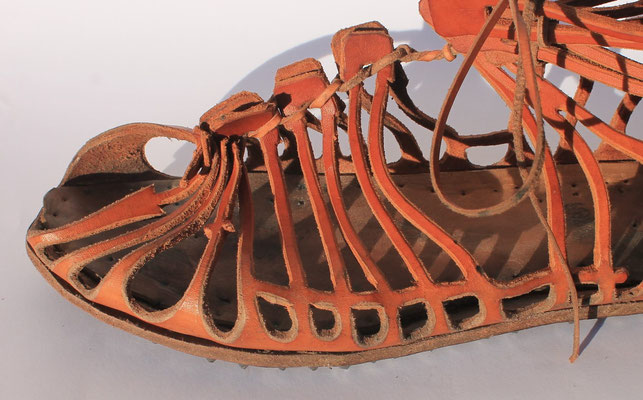 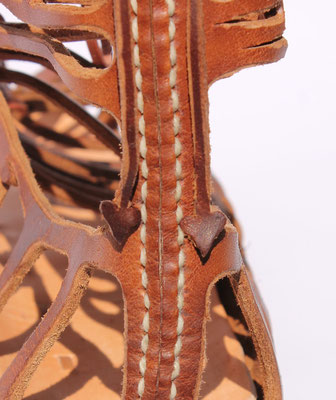 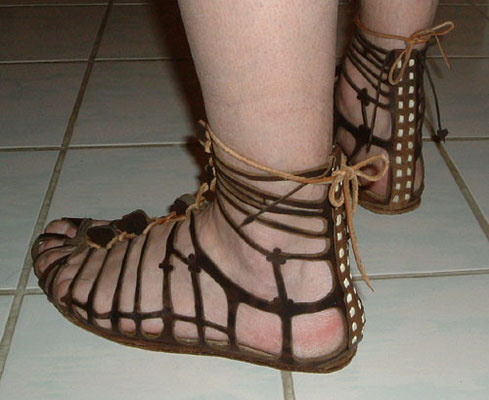 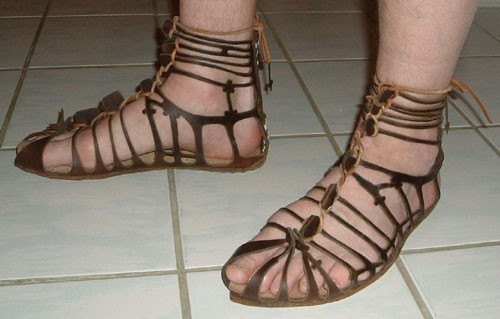 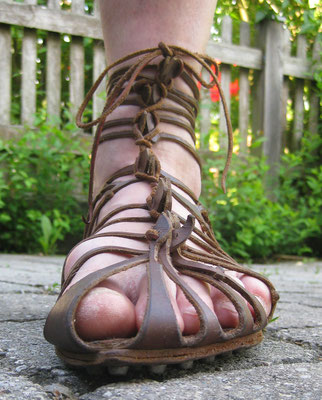 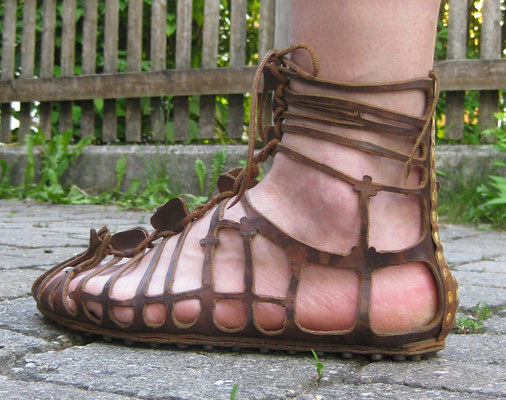 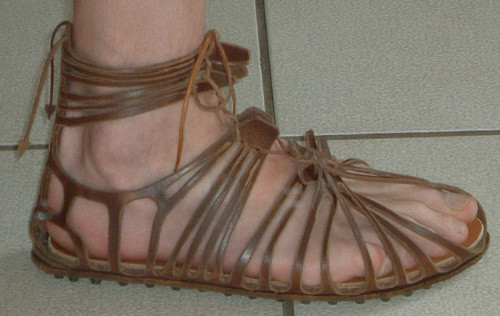 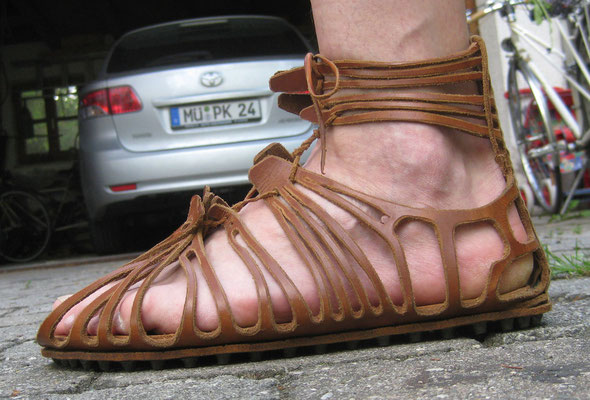 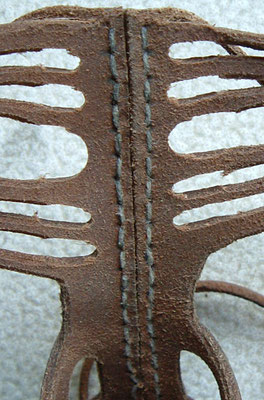